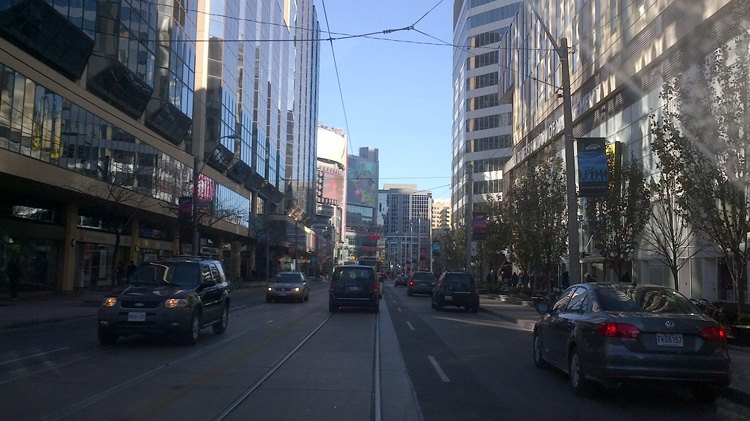 You may not think that physics has much to do with bike riding. Staying upright on a bicycle is a lesson in physics and mastering of balance points. The amazing thing is that once these principles are learned, usually as a young child, they become ingrained and are never really forgotten. This universal truth is […]

You may not think that physics has much to do with bike riding. Staying upright on a bicycle is a lesson in physics and mastering of balance points.

The amazing thing is that once these principles are learned, usually as a young child, they become ingrained and are never really forgotten. This universal truth is well recognized, and it has made its way into our general lexicon of phrases. Who has not heard the phrase “It’s just like riding a bicycle”? The inference is that once you learn to ride a bicycle, it is something you carry with you the rest of your life.

This is one of the aspects of cycling that has garnered my attention, especially since, more recently, I have been involved in teaching adults to ride bicycles for the first time.

A number of years ago, through conversations I had with a number of cyclists, who rode mainly in the urban setting of Toronto, I thought I could come up with a set of general rules for cyclists, that would result in less likelihood of collisions with motor vehicles. I surmised that the safest way of thinking, for a vulnerable road user, was to apply the rules of physics to defensive riding techniques. One of the major cornerstones to my theory was that “two objects cannot occupy the same space at the same time”. On a ride in Toronto, one summer afternoon, this rule was proved wrong.

On that particular day, I was riding up Yonge Street, after spending some time in the downtown core. I was riding a 2000 Giant TCR1. Its ground-breaking proprietary CU92 aluminum frame was ultra light for the time, and very responsive for urban riding. Although equipped with slightly lower level Shimano Ultegra parts, the frame was rumoured to be the same one that a successful top tier European professional team was using.

It was later in the afternoon, so the automobile traffic was dense. I was intending to take Yonge Street north and then head west on Wilson Avenue to return to Brampton. Above Lawrence Avenue, because of lack of parked cars, the curb lane opened up. I accelerated into this gap, bringing my speed up, equivalent to the traffic flow.

What happened next, can only be described as an error in judgement. Not by me but by the driver of a Cadillac Escalade. This vehicle accelerated in a right hand turn from a side street into the northbound Yonge Street curb lane. This was the same lane in which I was still accelerating. It would have been close either way, but then another factor entered the mix, that neither of us expected. Traffic came to a sudden stop. The Escalade jerked to a stop halfway through the turn.

Later in my life, I found this moment was incredibly well depicted by the director of a 2012 movie called “Premium Rush”. This movie was about the ultra competitive, pell-mell lives of New York City bike couriers. The telling depiction was the slowing down of time during moments of eminent collision. Time slows down in your mind, as you visualize and evaluate each of your options. If I braked hard, and continued straight, I would skid into the rear of the car in front of me. There was no option to the left, as the cars were too close together. The big SUV blocked any option to the right, as it was half in the curb lane and half on the side street.

The decision was made in a fraction of a second, to continue straight and turn right, at the same time. Without touching the brakes, I leaned the bike over to the left. At the same time, I leaned my body to the right, slightly turning the handlebars to the right. I was actually able to squeeze through the small gap between the front of the SUV and the back-right corner of the car in front of me. My tires tracked a line on the pavement underneath the front bumper of the Escalade, while my right shoulder brushed by the headlight. For a moment, my bike and I were occupying the same space as the Cadillac, and then I was through the small gap and off to finish my ride.

How I managed to get through this situation, without a scratch, is incredible. I also think I could not replicate that move, at that speed, without disastrous results, ever again. Yet it happened, seemingly without me pre-planning or even thinking about it. Since that day, I chalk this one up to the incredible power of the human brain and, of course, the physics of bicycle riding.