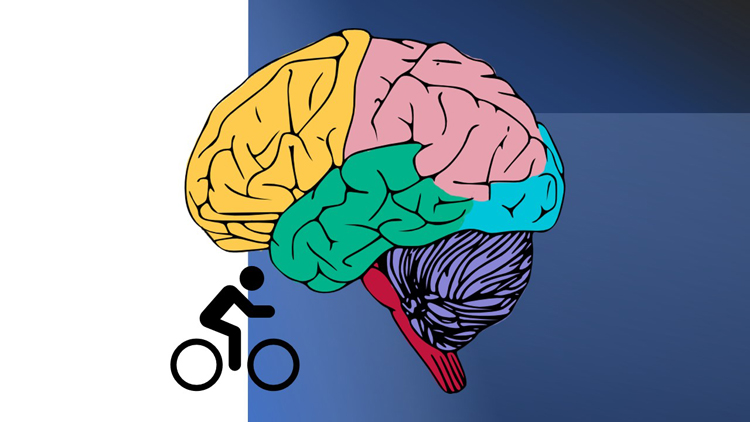 What has psychology of brain function during stress have to do with cycling? I wonder how the fight or flight instinct relates to what happens at the time of survival decision making. It has everything to do with cycling, especially cycling in an urban environment. Whether you realize it or not, you are making many […]

What has psychology of brain function during stress have to do with cycling?

I wonder how the fight or flight instinct relates to what happens at the time of survival decision making. It has everything to do with cycling, especially cycling in an urban environment.

Whether you realize it or not, you are making many decisions per minute while cycling. Most are just related to the comfort of your ride, but some are life or death decisions. In extreme situations it comes down to making these decisions in seconds and even fractions of seconds.

One summer day in the mid 1980s, I learned something about how my brain functions under these high stress conditions.

I was returning from a pleasant afternoon ride to York University. My bike that day was a 1984 Bianchi 5. This bike was farmed out by Bianchi of Italy, to be constructed and equipped in Japan. The group set was Shimano 600, a precursor to the modern Shimano Ultegra group set. This was in the days before clipless pedals and the bike included a set of proprietary Shimano 600 pedals. The design included a back flange, to accept the slotted cleats on my cycling shoe, but were different than other pedals of the day in that the actual toe clip was integrated into the design of the pedal. Other pedals of the day were a standard rat trap design, with the aftermarket toe clip bolted on to the front flange of the pedal. My toe clips were finished off with a pair of Christophe leather toe straps, with spring release buckles. The way they worked was that you pulled up on the strap to bind your foot to the pedal. To release the tension and get your foot out, you pushed outward on the spring-loaded buckle. What I usually did was reef the right-side strap tight, since I would not usually take my foot off that pedal for the entire ride. The left side strap was not pulled as tight, as I usually took that foot out at stop lights and for any emergency stopping situations.

This will become important later in the story.

I was returning from York University, heading for Brampton, west bound on Steeles Avenue, a four-lane road. It was late in the afternoon, a time defined as rush hour, with many cars on the road. Things were moving well, but I began to feel uneasy about the speed of the pack of cars I was traveling with, considering how close they were together. Most drivers in the pack that filled up the two westbound lanes were not leaving enough room to facilitate an emergency stop. Shortly after this realization I saw something that changed my uneasy feeling into a crisis preparation mode.

In those days, the average passenger car sat much lower to the ground than today. Consequently, when riding my bike, my head was situated high enough to be able to see over the top of most cars. The fact that we were still descending the gentle slope from the Highway 27 intersection, meant that I could see to the front of the pack of cars. What I saw was a car partially pulling over and stopping to let a passenger out at the bus stop.

What happened next is etched in my memory as something audible, not visual. It was the sound of skidding car tires and the multiple dull thuds of cars impacting cars. When the sound stopped, I found myself on the grass, around three feet from the curb, surprisingly to me, in an standing position. My right foot was on the ground, my left foot was still strapped into the pedal and my bike was laying on its side underneath me.

I counted three separate rear end crashes in the pack of cars, including the car that was directly beside me. There was much cursing and complaining but none of the drivers appeared to be injured, at the time. I looked down the road to see the driver who had instigated the carnage, driving away into the distance. I am sure his passenger was still standing at the bus stop. I took a quick survey of myself, and more importantly, my bike, to make sure everything was okay. I seemed to have come through this okay, much to the relief of the woman who was driving the car beside me. Examining the position of her car and its impact with the car in front of her, it appeared to me that she might have steered left, in consideration of me. Of course, that may be just wishful thinking on my part, since once the wheels were locked up in a skid, she would have had no steering control.

The rest of the ride home was not spent in any kind of shock, but a state of wonder. How did I end up out of the collision zone without knowing how I got there?

My best analysis is as follows. Once I realized that the collisions were inevitable, my brain’s focus was immediately on the escape route. This would explain why I did not actually see any of the collisions, since I was looking where I wanted to go. Logically, you would think I would steer the bike in the direction that I wanted to go. That’s not what happened. I brought the bike closely parallel to the curb, while braking, and removing my foot from the pedal (the same foot that was tightly strapped to the pedal), then used that leg to propel my body and the bike as far as I could off the road, over the curb and onto the grass.

What fascinates me about what happened is that this is not a move I had ever practiced. In fact, it never even occurred to me that move was even viable. The fact that I was able to get my foot out of the securely strapped pedal and exit the roadway, without even thinking about it convinces me that the human brain is the greatest computer ever.

So, when you are riding, or driving for that matter, always think of what could happen and think of feasible exits.